This post was published 5 years, 6 months ago. Due to the rapidly evolving world of technology, some material it contains may no longer be applicable.

It has been several months since the Galaxy S5 was unveiled, but until now there has been no mention of a Mini version. That has now changed. Samsung have announced the device and will release it in Russia in early July, with a global release to follow.

So how does it stack up? The specs can be found below:

This is certainly better than the usual mini offering from Samsung. The specs may still be watered down when compared to the full-sized S5, but not in as many ways as previous iterations of the Galaxy S Mini series. The S4 mini for example, lost most of the sensors from its bigger brother such as those responsible for air view and air gesture. Not so with the S5 mini.

The heart rate and fingerprint sensors are still present in this device. They are also finally giving the device 16GB of internal storage (plus microSD) rather than the paltry 8GB they usually give. The screen has had a sizeable update too, now sporting a 4.5 inch AMOLED panel with a 720×1280 resolution which is considerably better than the 4.3 inch 540×960 display of its predecessor.

All in all, it looks like Samsung are definitely upping their game this year, likely because of the success of the Moto G from Motorola. Moto’s share of phone sales in the UK has grown from less than 1% to over 11% since November and that is almost entirely down to the Moto G. That’s enough to worry even the likes of Samsung so the S5 Mini could certainly been seen as a competitor to that.

The trouble is, it will likely carry a hefty price tag compared to its rivals. Some estimate the price to be in the region of £350-400 ($600-686) Now compare that to the Moto G at only costs only around £150 ($257) . Yet, their specs are fairly similar, with the S5 Mini having the advantages of a better camera, and a removable battery.

The G however will probably have better battery life due to the technological witchcraft Moto seem to employ in that department, and indeed better performance thanks to its lack of heavy skin. Granted, we haven’t actually seen the S5 mini perform yet, but let’s be realistic. I have a Galaxy S4 and even that is outperformed by the G. This is largely down to the fact the G uses only a very lightly modified Stock Android Build as opposed to TouchWiz on the Galaxy devices.

I also wager that the G, despite being several months older than the S5 mini, will receive far more updates far more quickly. Moto have already announced that the G will get Android L as soon as possible, whereas Samsung can’t even update a lot of its devices to KitKat. And when they don’t update devices, they leave very lame excuses as to why.

Just recently they announced that they would not be updating the international S3 to KitKat. If they said it was due to it reaching the end of its software cycle age wise, this would be acceptable. However, they state that the devices 1GB of RAM are insufficient to support the new Android version. Despite Android 4.4 only requiring 512MB of RAM to run.

So, while the S5 mini is certainly a step in the right direction, personally I still think the Moto G is a better option. If you’re looking to buy a small phone that’s the phone we suggest you get.

In case you are interested in purchasing one, we have included links to the Moto G 16GB and Moto G 8GB 4G models on Amazon below. Note: in addition to adding 4G connectivity, the Moto G 4G model also includes a MicroSD slot whereas the original does not. Also, Amazon does not seem to stock the 16GB 4G model at the moment for some reason so that’s why we’ve linked to the 8GB version. Motorola makes 8GB and 16GB versions of both the original and 4G models. 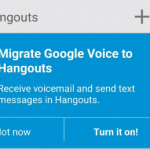 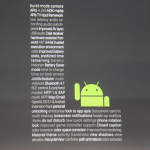 Why Google Has Yet To Name 5.0 (Possibly) 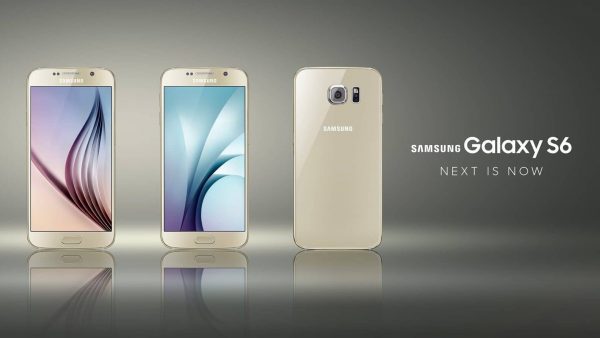 Samsung Has Announced The Galaxy S6, Here’s What You Need To Know