Why Google Has Yet To Name 5.0 (Possibly)

Thus far all references to the next version of Android from Google have simply called it “L” or “L preview”. Many of you have probably been wondering what the actual name will be when it was released. We’ve even talked about it in past articles. However, Artem Russakovskii (of Android Police) has come up with a theory which we feel is the most likely that we have heard so far.

Artem’s theory is that Google has decided to name the 5.0 release “L” during the preview stage so that any information or negative reviews published during its more buggy developer preview stage will not be applied to its final release. By calling it “L” rather than its final name (e.g. “Lemon Cake”), any searches for Android Lemon Cake (or whatever they call it) will not return loads of pages about Android L preview.

From a branding point of view this makes a lot of sense and could avoid confusion for users as well as helping to prevent them from being put off by pages about bugs in Android L which likely won’t apply to the final release. When you think about it like this, it seems to be a pretty smart move and one that is quite plausible given Google’s knowledge of search behaviour.

Below is Artem’s original post on Google Plus explaining this idea in more detail:

It makes a lot of sense right? It is possible they have other reasons behind it but we think this could definitely have been a consideration. Or perhaps they will troll us all and just name it L (I hope not). But whatever it is, until we hear official word otherwise. this seems to be the most logical explanation.

However, if you’ve got any thoughts on this or ideas of your own do let us know in the comments.

Why Android L Is The Game Changer 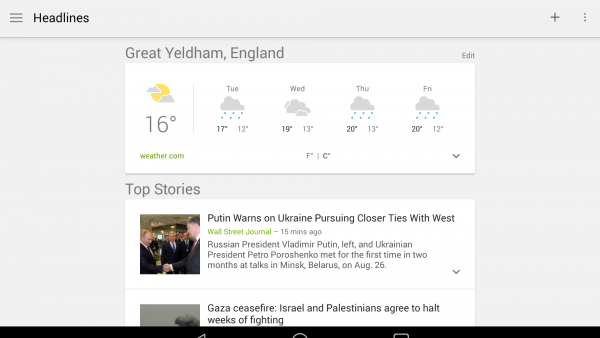 The Nexus 6 Is Tantalisingly Close, Here’s What We Know