Why The iPhone 6 Is A Good Thing… For Samsung

This post was published 5 years, 3 months ago. Due to the rapidly evolving world of technology, some material it contains may no longer be applicable.

The iPhone 6 has been selling in the millions ever since it launched around a week ago, and no doubt it’s making Apple a lot of money. However, I think it may well do Samsung a lot of good too. That’s rather a bold statement, (see what I did there?) but I feel I can back it up with three key points.

You all know what this one’s going to be about. BendGate. I think it’s safe to say that the iPhone 6 has bending issues. Apple may claim that only nine customers have reported it, but I say that’s rubbish. That’s probably the number of phones they’ve replaced on warranty. The others have probably been told it’s their fault for abusing it, regardless of whether they have or not.

How does this help Samsung? Simple. For years now, people have complained and made fun of Samsung for using plastic in the construction of their devices. People always said that it was cheap and badly built. The ironic thing here is that the polycarbonate casing Samsung use is far from cheap, although I admit that it never felt premium. My S4’s original back was greasy and prone to a lot of scuffing. However that changed with the Note 3, and I now have a Black Edition back for my S4 so it’s feeling pretty good. Samsung always said that the plastic was the best material to use due to its durability. In essence, plastic can flex and spring back to its original shape. Metal doesn’t do that.

There’s also the fact that tests have shown that the Note 3 is the phone that is least prone to bending, and while the iPhone 6 wasn’t the weakest phone in the test, the fact Samsung came out on top is a major feather in their cap. Finally, they have a reply to those who criticised them all these years. Fans of other Android manufacturers and Apple fans alike.

Now, I know Samsung aren’t the only ones who make big phones. But they did start the tend with their Note series and as a result, they’ve taken the brunt of the jokes and criticism from Apple users. “At least my phone fits in my pocket,” is a common argument from Apple fans. Well now they can’t really say that can they? After years of saying big phones are ridiculous, Apple have relented and make big phones.

But I have a criticism of that. They’re too big. The iPhone 6 has the same screen size as the 2013 Moto X, but the X has a smaller form factor. The iPhone 6 Plus has a 5.5 inch display, but is bigger than a Note 4 which has a 5.7 inch display. That ladies and gentlefish is bad design that has not really been thought through. Oh how the tables have turned.

So finally, after years of snide remarks about large screens, the world has woken up to their benefits. There’s also the fact we can now joke about the fact our phones can withstand our pockets, unlike the iPhone…

OK, so this point is geared more towards Android in general rather than Samsung because let’s be honest, TouchWiz isn’t well optimised at all.

The statistics already show that Android 4.0+ is twice as stable as iOS 7. Android L is set to be the most stable version of Android yet whilst iOS 8… Well so far it’s been crashing a lot. I know a few people who have iPhone 6s and they’re saying that the stability is awful, with even the most basic apps such as messaging crashing on a regular basis. Apple tried to fix this with an update this week, however 90% of the iPhone 6’s that installed it lost all cell connectivity, and experienced Touch ID issues. For something that’s supposed to “just work,” this really doesn’t.

This could well be the beginning of the end for the iPhone. Well, I can dream can’t I? But at the very least it should be a wake up call to  iFans that Apple are not an infallible company and that can only help the competition, especially their big rivals Samsung. 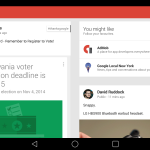