This post was published 6 years, 1 month ago. Due to the rapidly evolving world of technology, some material it contains may no longer be applicable.

One of the most talked about new features of the upcoming Android Marshmallow release is the new app permissions management. This feature wasn’t expected to already be present on Android Wear though and yet apparently it is.

On Marshmallow, instead of just allowing access to every permission an app wants upon installation, apps ask for permissions as they are needed and so you can allow or deny permissions on an individual basis. You can even go into the settings menu and alter an app’s permissions later on.

It would seem though that Android Wear 1.3 may have already integrated code to bring that feature over to the wrist, on the condition the watch (in this case a Moto 360) is connected to a device running Marshmallow.

The other evening I was scrolling through my 360’s app list and I noticed that “requires permission” was written underneath the Maps listing. Upon clicking the app, the above screen was shown. After agreeing to the permission, a loading screen appeared followed by the “Maps successfully installed” notification. After that, the app behaved as normal.

It makes sense that Marshmallow features would make it over to Wear eventually, however it was thought that we would need to wait for a new Wear build based on 6.0 (currently it’s 5.1.1). That doesn’t seem to be the case for granular permissions control though, which is certainly good news.

A new build based on Marshmallow might be a few weeks or months away yet, so it’s nice to see new features appearing already. So long as the paired phone is already running Marshmallow that is.

Keep Hydrated With “Wear Hydrate Me” For Your Smartwatch 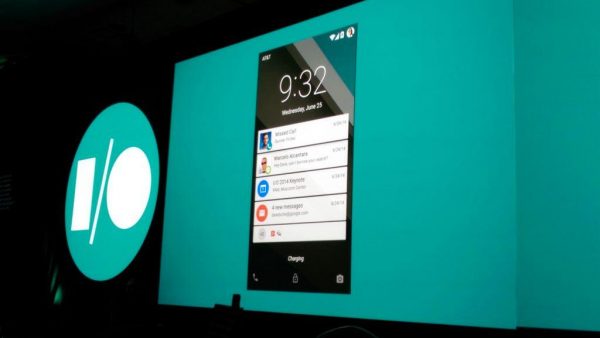 I/O So Far: The Biggest Stories!