The LG Watch was shown off as the first Android Wear device during the I/O keynote yesterday and it looked very promising! We now have pretty much everything you’d need to know about the watch including the full specification and the price.It turns out that the price on the Play Store is actually lower than what we saw on MobileFun.co.uk at just £159! This is a very reasonable price indeed.

If you want one you can go ahead and pre-order straight from Google Play and it will be sent to you on the 4th July! It is available in two colours: Black Titan and White Gold. The former is the all black model is featured at the top of the article and the other is gold with a white band.

We advise you to hold off for now though because you’ll at least want to consider the upcoming Motorola Moto 360 and you should also look at the Samsung Galaxy Live which is already available as well.

The full specifications of G Watch are as follows:

The screen on the LG Watch is a 1.63″ square IPS LCD at a resolution of 280×280. It is designed to be always on but in a lower brightness state when you’re not looking at it to save power.

The G Watch is powered by a Qualcomm Snapdragon 400 clocked at 1.2GHz which we are sure will be plenty good enough for the simple tasks that Android Wear is designed to do. It may not sound particularly amazing but you can run a smartphone with a much higher resolution screen and loads content of apps on that same CPU pretty so we suspect this thing will fly with Android Wear’s lighter workload.

The G Watch sports 512MB RAM which we are sure will be ample for the tasks it undertakes. Remember, is it not like you will have loads of apps and games on this thing and with Android Wear being built on Android L it should be event lighter on memory than older versions. 512MB in a watch is loads!

It also features 4GB on board storage. Again, this doesn’t sound like a lot but most of its functionality is tethered from a phone or tablet. You are not going to store any games or media on this thing so we reckon 4GB is likely to do just fine.

The G Watch is weighs in at just 63 grams and is 9.95 millimeters thick. You are unlikely to have a problem with the weight however the thickness is slightly more than some watches but shouldn’t worry most people. The surface area is 37.9 millimeters by 46.5 millimeters and so while is certainly not small, it should fit okay on most wrists.

The watch is fitted with a 400mAh battery which should last for just over a day of use between charges. LG claims a standby time of up to 36 hours but vendors have a history of exaggerating battery times so we’ll have to see how it actually works out in the real world. Things do look quite promising however if you really don’t like the idea of regularly charging your watch you are going to have to look elsewhere.

Right, now you’ve got an idea of what is like on paper you probably want to see it in action! Obviously the device is not available yet and we are not at I/O so we cannot do a hands on ourselves at this time so we’ll hand you over to the fantastic Marques Brownlee (MKBHD) who is at I/O and has done a hands on video which we have included below. 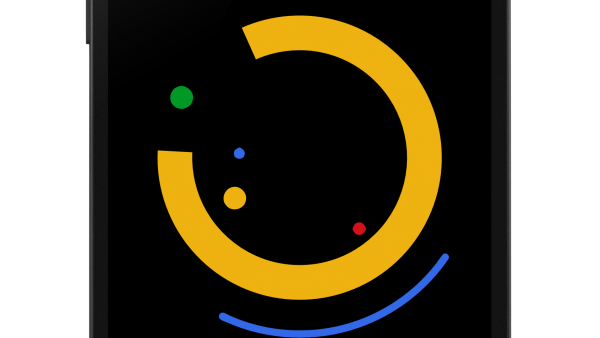 Android Wear Boot Animation For All!